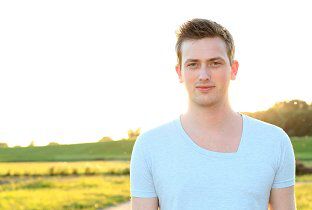 Jochem Hamerling was born on 17th March 1986. He grew up in a musically inclined family. So his odyssey began as soon as his fingers were able to touch the piano keys. He then further ventured into other instruments as such the saxophone and started experimenting with his father's synthesizers making his first tracks.

Hamerling moved to Chicago, USA at the age of 17 to complete his high school. He was then soon mesmerised and blown over by the sounds of House Legends such as Derrick Carter and Paul Johnson. This triggered his passion to fully concentrate into producing pure quality dance music...

Returning to Holland after graduation, he wasted no time by DJing in clubs and invested in a quality studio to produce his own music. It then did not take long before big record labels started noticing his talent.

This soon resulted in releases on labels such as Armada music, Flamingo Records, Spinnin’ Records, CR2 Records to name a few. Tracks like ‘Air' (Zouk Records) ‘Wrecked' (Abzolut Records) and ‘Mountain Dew’(Groove Department Recordings) are all heavily supported by the world’s Elite DJs and featured on high end mix compilations.

Both as a Producer and a DJ, Jochem Hamerling has achieved greatly since then. His "The Perfect Blend" mix series was charted on Beatport as a number one in the Beatport Mixes Top 100.
This unique sound of energetic Techhouse grooves has opened the pathway to some of the finest clubs all over Europe. From world renowned clubs like Escape Venue, Amsterdam to fresh new beach clubs like Setima Onda in Albufeira, Portugal. Hamerling’s exceptional skill to build the perfect atmosphere with the right grooves at the right time makes him an in demand and respected DJ in every line up.

Music is a passion for Hamerling that shines 100% in his tracks and DJ sets all over the world. There is nothing but great things to come from this genuine music lover from Utrecht. So watch out for Jochem Hamerling!